I am delighted to be sponsering the following riders this coming season... 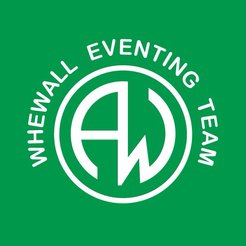 Alexander Whewall is a talented, ambicious & extremely dedicated Event Rider who at 28 years old has already competed up to International CCI3* Level & in 2014 was selected as a finalist  for British Eventing's 'Mark Todd Bridging the Gap' Scholarship.

Over the last decade Alex has amassed 24 Wins & 179 placings across the levels, recently winning at Intermediate level & he also won the FEI CIC1* at Aldon International 2014 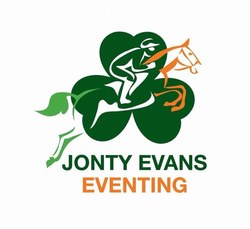 Jonty Evans
Jonty Evans has been eventing Internationally for over 20 years. He has successfully competed internationally and travels to competitions in many parts of the UK and Europe.  He currently has a number of top 10 placings at 3* with Double Dutch V and Cooley Rorkes Drift. He recently represented Ireland in Boekelo where they won the   Nations Cup.  He was also 3rd in the CIC*** 8/9 year old class at Blenheim with Cooley Rorkes Drift. Jonty also has a strong selection of young horses who are gradually working their way through the levels including A Chance Affair,  Newmarket Dove, Alamo II and Flying Dutchman.  When Jonty isn't competing he spends much of his time teaching. He teaches all levels from Novice horses and riders to 4* level. He regularly hosts clinics and gridwork sessions which are aimed to increase confidence and ability for both horse and rider. He helps out with the Cotswold Pony Club, often providing training to the eventing teams.
Chloe Griffiths
Chloe is my newest sponsored rider.  I started following Chloe last season because of her love and determination for Sammie and Eventing.  Chloe has recently been given another horse to campaign along side Sammie this season that has been loaned to her trainer Pixie Thomas.  They are both very different horses to ride so I am looking forward to watching the partnership grow between Chloe and Chocolate.  Yes he is called Chocolate and is a pleasure to have on the yard.  Chloe starts this coming season at Haprtpury with the JAS and has already qualified Sammie for the final and hopes to qualify Chocolate too.
Chloe has been riding since she was a baby and could sit up!  Although she didn't start her competition career until 2016 when she took over the ride on Sammie.  Chloe's first full season was last year in 2017 where they went from BE90 to completing CIC*'s at both Somerford Park and Gatcombe Internationals respectively. Chloe is aiming for internationals and an intermediate completion on Sammie this season.